LIVING NEAR A CHATEAU GAME PRESERVE

Fulfill your dream of living in a beautiful place in the countryside just outside Prague… live near a chateau game preserve.

Just like František Ringhoffer, one of the most important industrialists in the Czech lands and the whole of Austria-Hungary, whose trains carried Emperor Franz Joseph II and whose Velké Popovice beer conquered the world, we also succumbed to the charm of the Posázaví nature. In places where passionate hunter František Ringhoffer owned chateaus Štiřín and Kamenice, and which he expanded to include a forested preserve called Vlková, we have prepared for you a set of modern, low-energy houses of three different sizes symbolically named after the animals bred in this park.

The houses named "Muflon" (Mouflon), "Daněk" (Buck) and "Jelen" (Deer) were backed by the renowned architect Jiří Rymeš. His architectural design respects the morphology of a traditional Czech village with saddle roofs, but in a modern concept with an expression adoring and further developing the tradition of Czech minimalism. The houses naturally include advanced technology and emphasis on energy efficiency and user comfort. The houses are located in large gardens, ideally facing south, with breathtaking views of the surrounding woodland.

Our project combines the accessibility of the capital and the quality and well-being of the location in a modern European village of the 21st century. In Kamenice you will find a full infrastructure including a doctor, a primary school, a kindergarten and a shopping center. In the near vicinity you will find top sports facilities, golf clubs, restaurants and much more. 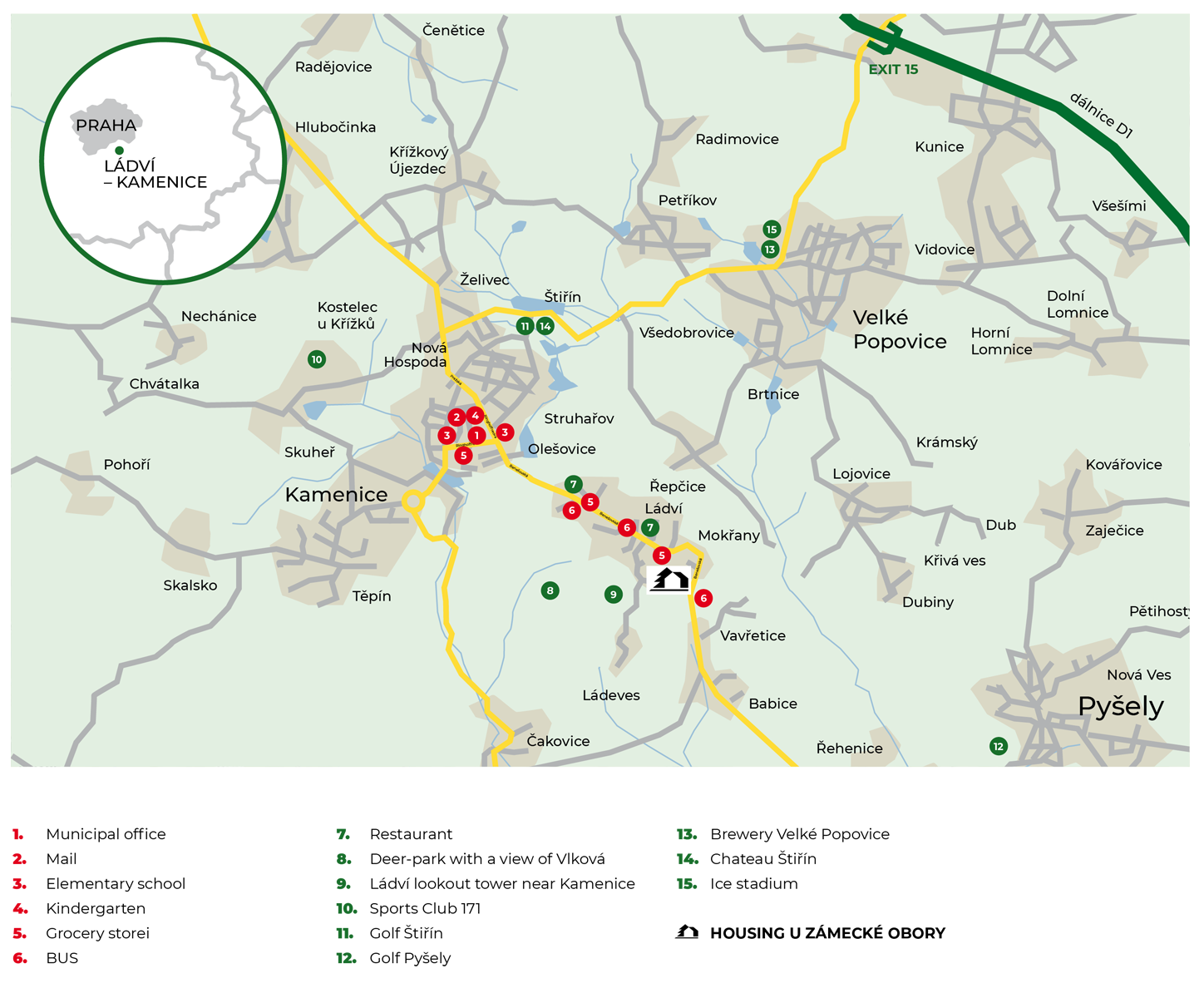